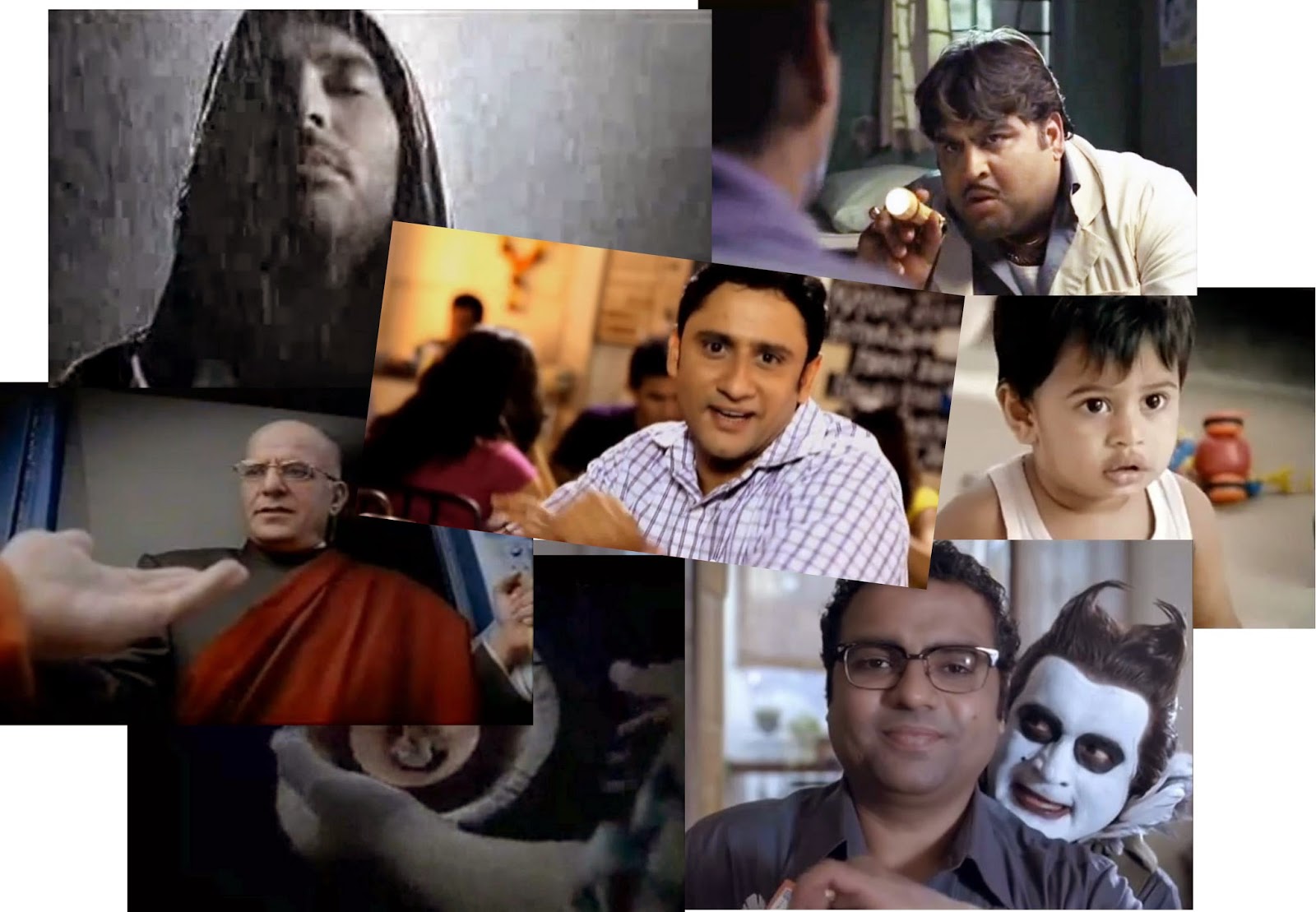 There are two dozen life insurance companies in India; possibly in future this number could increase. LIC is the market leader, this financial year it is aiming to retain 82% market share according to reports. That leaves only
18% to be shared by the rest, so the competition is pretty tough for them. Personal selling by company agents is very important in the life insurance business; advertising also plays an important role in informing and educating the prospective buyer about the various plans/products on one hand and on the other hand it creates a favourable image for the insurance company in the minds of the public. Since the plans or products offered by life insurance companies are somewhat similar advertising has to play the role of the differentiator; it is therefore very important for the insurance companies and their respective advertising agencies to tap the right consumer insights and hit upon the right creative ideas in their advertising campaigns. There have been quite a number of good life insurance ad campaigns in the recent years; I picked a few to discuss in this post. 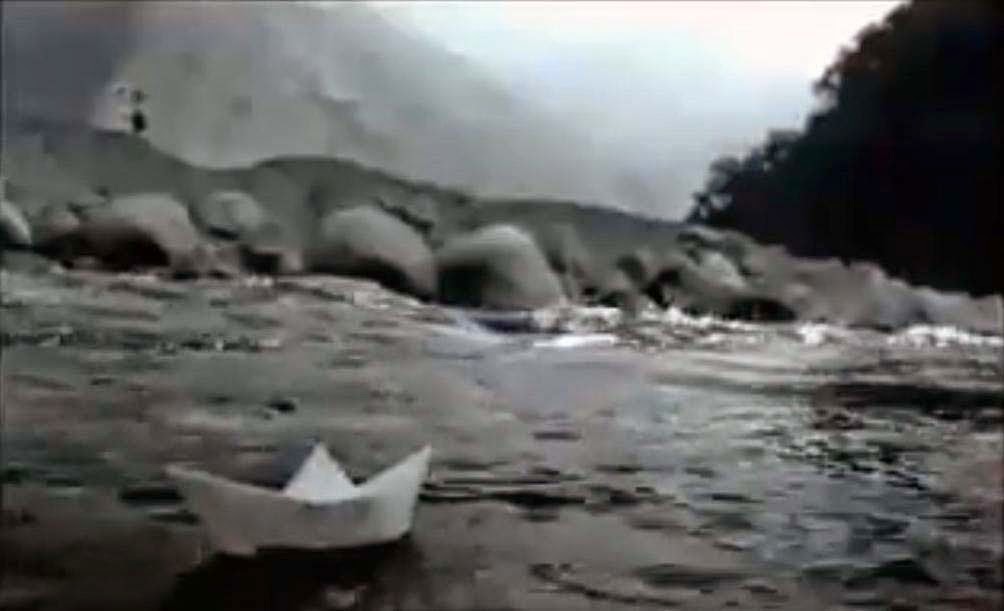 This ad reminds us of the uncertainties in life and difficulties one has to face; the ad assures us that LIC is always there to help us overcome these difficulties. It is a beautiful ad with emotional content and works at the subliminal level. Watch the ad here: LIC –Boat 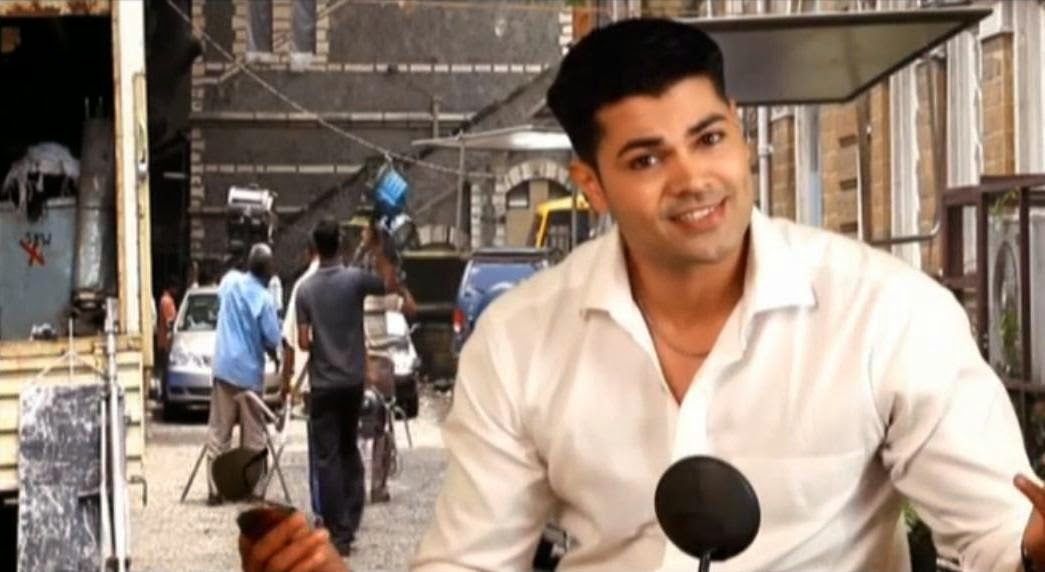 LIC has another campaign currently running with the theme ‘Why go anywhere else?’ This campaign is in various languages and features both celebrities and ordinary people. The campaign indirectly attacks its competitors by saying that since LIC takes care of your life insurance needs you do not need to go anywhere else. To my mind ‘Why go anywhere else’ is a pretty powerful statement and can be made only by the undisputed leader – LIC, a public sector company with decades of excellent track record. To see the ads click –Why go anywhere else? This Sahara India Life Insurance ad, I guess, is based on the insight – even an ordinary person can feel confident if he secures himself. The message here is that self-confidence is strength. Humour has been used very effectively here and the ad has good recall value. See the ad here – Atmavishwas ki nayi takat 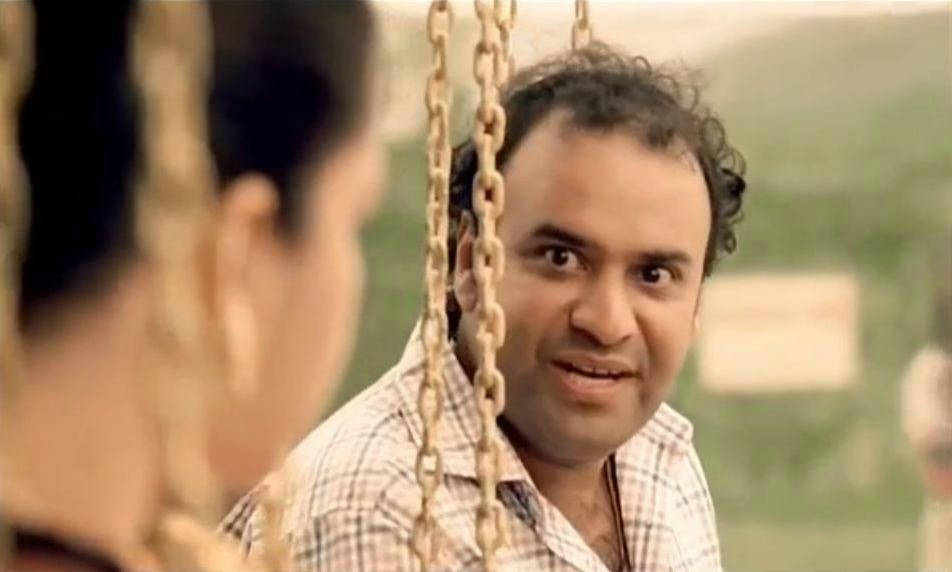 This is a three ad campaign, the distinct message it conveys to the public is that the company’s insurance advisors will (1) give you the right advice, (2) advise you only after thoroughly listening to what you have to say and (3) make only those promises that they intend to keep or not make false promises. With this campaign Edelweiss Tokio Life Insurance has tried to differentiate itself from the others and has positioned itself as a sincere, honest and understanding company that you can trust. The messages have been very well conveyed through the use of humour. Watch the ads here:
Zaroorat kuchh aur salha kuch aur
Poori baat suni nahi aur salha dena shuru
Promise kuchh kiya tha mila kuch aur 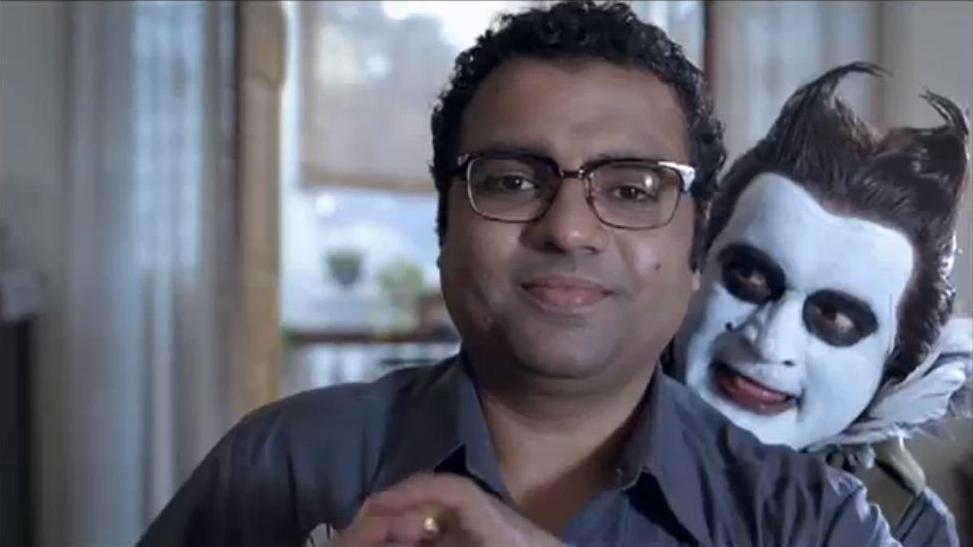 Max Life Insurance, earlier called Max New York Life Insurance, had launched a three ad campaign – 'Aapke Sachche Adviser' a couple of years ago and is still running. In the Max Life Insurance campaign, as in Edelweiss Tokio Life Insurance campaign, the insurance advisers are shown as sincere, honest and dependable; but there is also an unsaid message here and that is -- agents or advisers of other insurance companies may not be as honest and dependable and that they could be misleading prospective clients; this is how Max has attempted to differentiate itself by showing that it is a company with integrity. The interesting element in the campaign is the devilish character who tries to tempt the insurance adviser into misleading the prospective client, but is not successful; the drama showing the devil trying to tempt the insurance adviser helps in recalling the campaign. Technically the ads have been executed very well. Watch one of the ads here: Max NY Life – House if you are interested you could watch this video as well: Making of the TVC 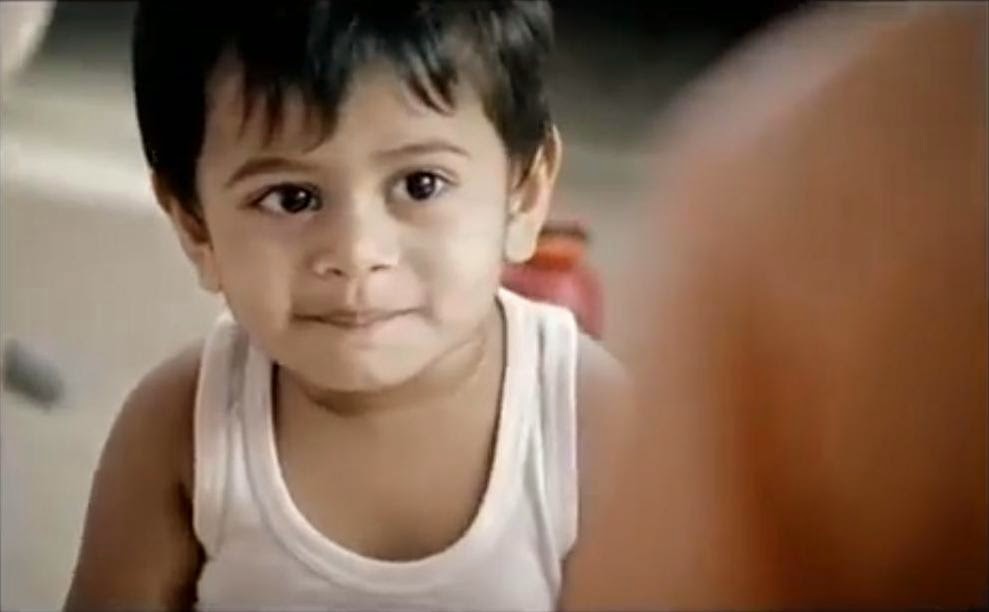 This ad from Max really does not need any comments, it speaks for itself. Karo Zyaada Ka Iraada  or Expect More is the message and is beautifully conveyed, this is one ad I will always remember. Watch the ad here: Smart Steps Unit linked child plans (Czechoslovakia) 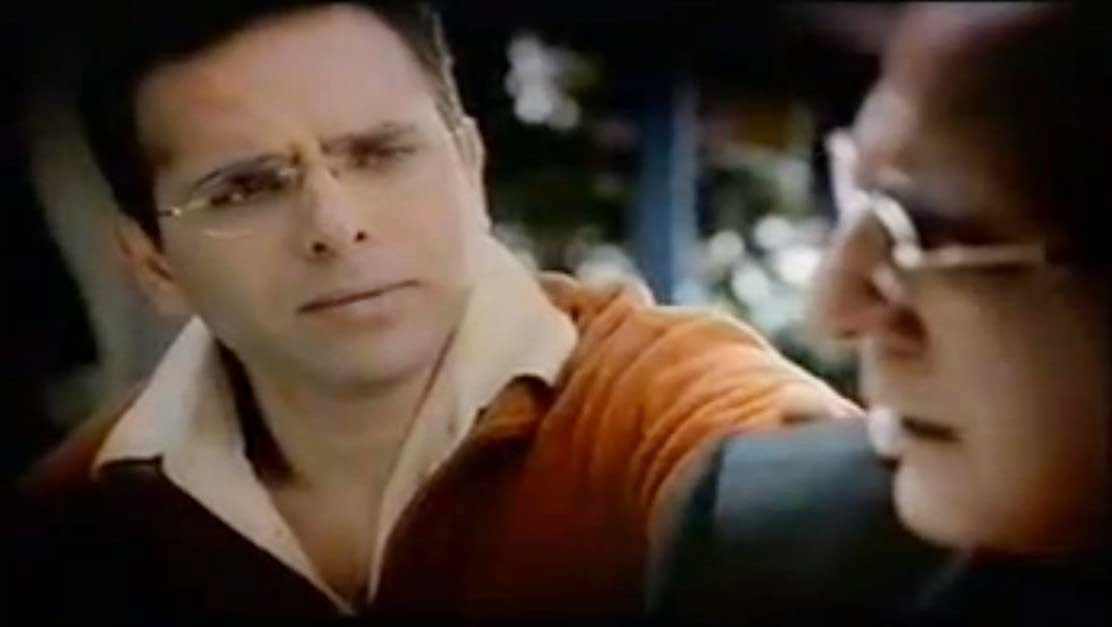 HDFC Standard Life ad campaign is based on the theme of self-respect and there have been a series of ads. The common message in all these ads is that if you have secured the future of your family or your own you can live with your head held high because you do not have to depend on anyone else, thus maintaining your self-respect. HDFC Standard Life has associated itself with self-respect. Here are links to two of the many ads:
Railway Station
Children’s Plan 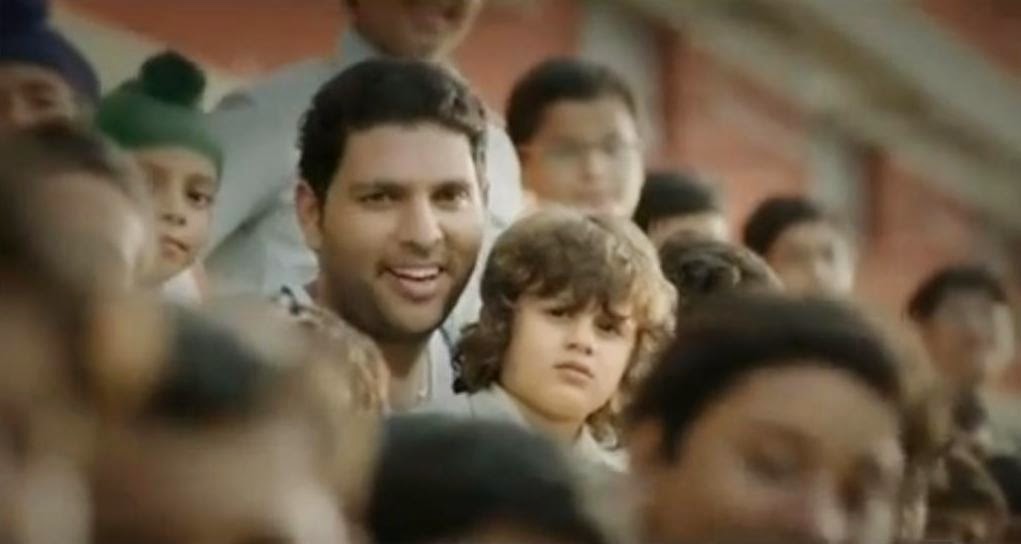 The "Jab tak balla chal raha hai, thaat hai" ad campaign of Birla Sun Life Insurance featuring cricketer Yuvraj Singh is among the most memorable Indian life insurance ad campaigns in recent times. The message conveyed here in this campaign is that life is fraught with risks and uncertainties so it is very important to be prepared. It so happened, as many would recall, that sometime after the ad campaign was launched Yuvraj Singh was diagnosed with cancer and had to undergo treatment and today he has recovered. It was reported in the media that Yuvraj told two journalists that the new ad is no longer a commercial, but it is his life. The campaign salutes the ‘never give up’ spirit of Yuvraj Singh. To watch the ads click the links below:
First ad
Second ad
To know more about this ad campaign here are the links to relevant articles:
The Economic Times
Campaign India

To end this post I have embedded a Thai Insurance ad, I have no comments to make because the ad speaks for itself.