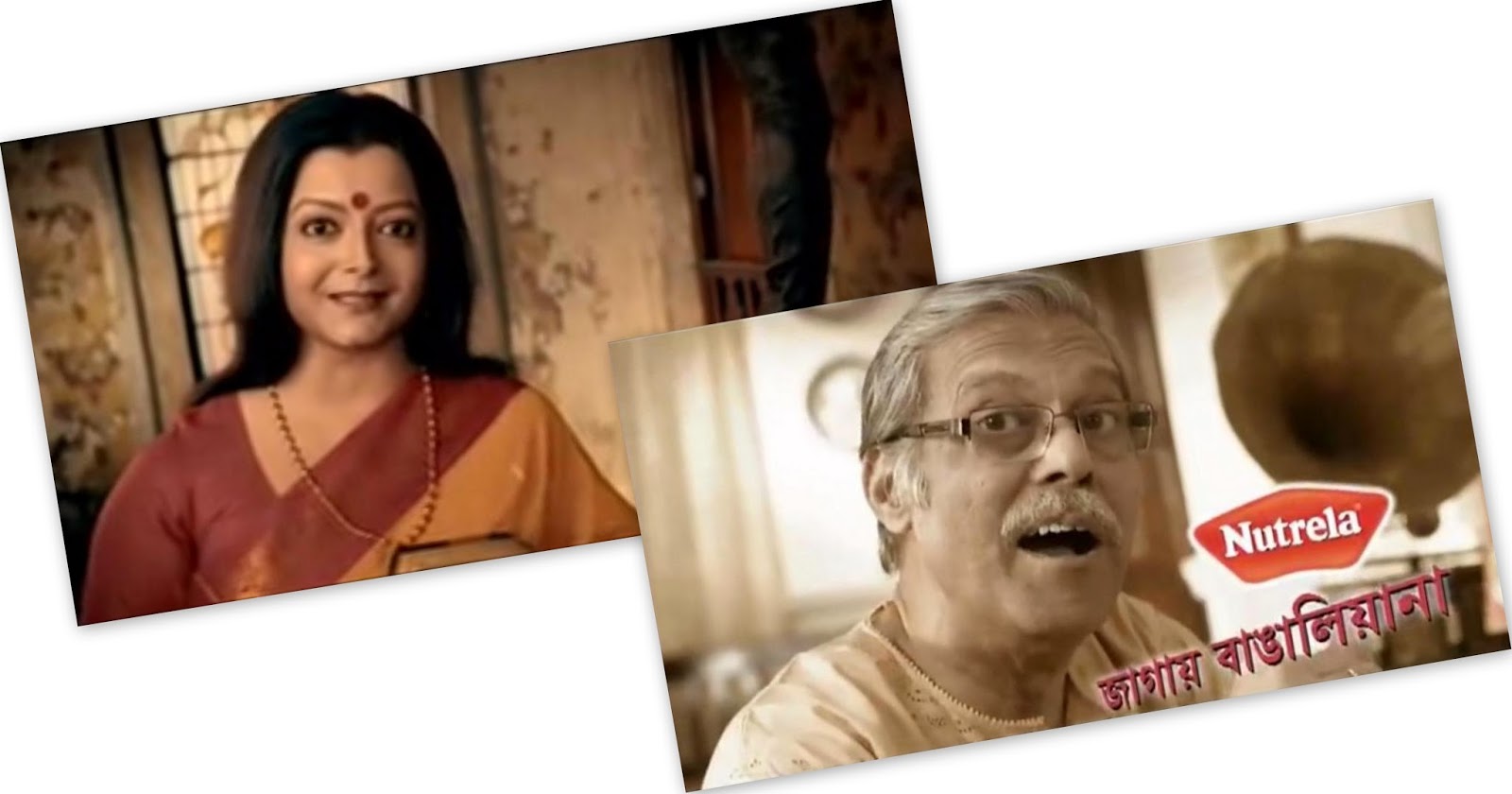 This post is about two Bengali TV campaigns, both are mustard oil brands targeting the Bengali population; one is Emami Healthy and Tasty Mustard Oil and the other is Nutrela Kachhi Ghani Mustard Oil. The Emami campaign comprises four ads while Nutrela is a single ad campaign.

In a product category such as cooking oils which is essentially a commodity, positioning brands is a challenge. One mustard oil is no different from the other so no differentiation can be shown in the advertising in terms of physical characteristics; differentiation is possible only in the label design and advertising. The target audience in both campaigns is exactly the same and the essential message is also the same, which is about enhancing the flavours of Bengali food. Despite the similarities both campaigns are based on different consumer insights, hence are significantly different for each
other. So what is distinctive about of these two campaigns? Let me analyse both these campaigns. 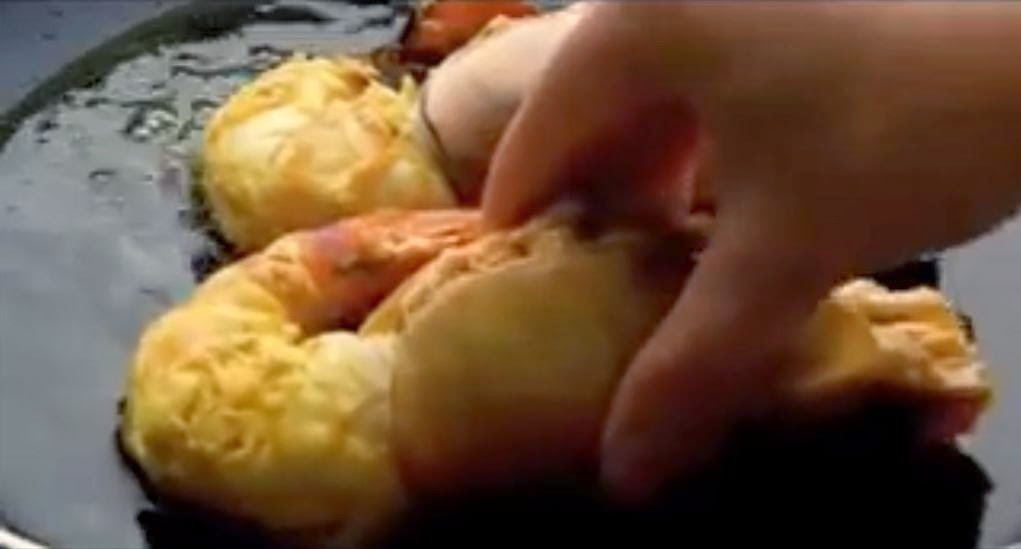 Mustard oil is essential to traditional Bengali cooking; both campaigns have tried to show that their product is part of the Bengali ethos. Emami’s four ad campaign features four different well-known Bengalis – an actress, an elocutionist, a writer and a dancer/ choreographer/ actress. See the Emami ads below:


All the above ads, except the Rituparna Sen ad, were set in old traditional homes of Bengal which reflect the Bengali heritage and traditional culture; each of the celebrity endorsers featured talks about the Bengali way of life and rue the bygone times and that things are not the same for Bengalis anymore. These old homes shown in these three ads lend a certain feel to the ads – the Bengali way of life; I think the locations were carefully selected for that reason. The endorsers represent art, literature and culture – elements that are quintessential to Bengali culture. The Rituparna Sen ad is a bit different; she is shown in a modern Bengali home and she represents the modern fun loving side of Bengalis. Each celebrity featured share her/his experience about a great dish she/he ate very recently which brought tears to her/his eyes.  The dishes shown reflect the typical Bengali food culture. 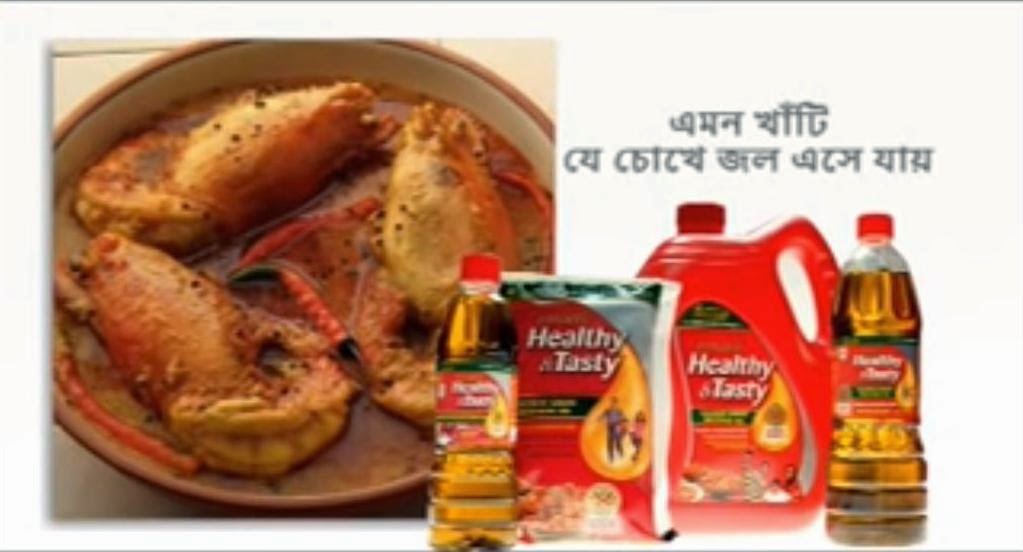 What I find in these ads is that Emami Healthy and Tasty Mustard Oil connects beautifully to the Bengali way of life that goes beyond the quality of the product and taste. The voice-over explains that Emami Healthy and Tasty Mustard Oil is extracted from selected mustard seeds from Rajasthan, it further says that the mustard seeds are milled using the ‘First Press Technology’ which makes sure that the pungent or odour and flavour is retained. The voice-over ends by saying that the product is so pure that ‘it brings tears to the eyes of a Bengali; this is the tagline of the ad. It is obvious that the ad campaign is based on the general belief among Bengalis that the purity and goodness of mustard oil is revealed by its pungency – more pungent the better. This statement about the pungency bringing tears in the eyes of a Bengali is a bit of an exaggeration, an advertising liberty, but it is also the emotional component of this campaign; the statement encapsulates all the goodness of the product that meets the expectations of the Bengali consumer. 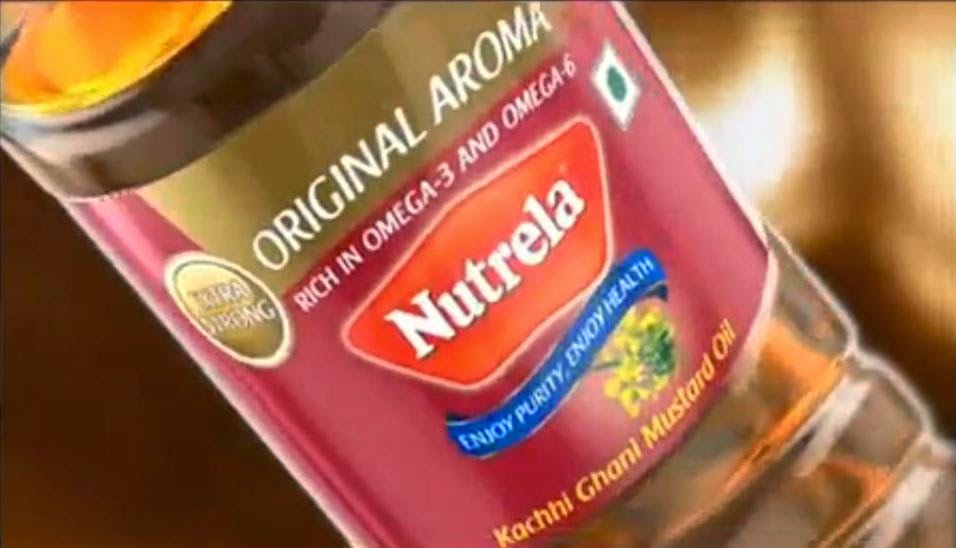 Now let me analyse the Nutrela Kaachi Ghani Mustard Oil ad. The ad shows a Bengali household where the daughter-in-law is a Punjabi. The father-in-law expresses his doubts whether his daughter-in-law knew anything about Bengali culture and food. He has a pleasant surprise when his Punjabi daughter-in-law serves him Shorshe Ilish (hilsa fish in mustard gravy), a very typical Bengali fish dish, which she has cooked in Nutrela Kachhi Ghani Mustard Oil. This ad also associates pungency of mustard oil with it real taste which appeals to a Bengali. The tagline is ‘Jagaye Bangaliana!’ or ‘Brings out the Bengali in you!’


Both campaigns revolve around the Bengali ethos in different ways, both talk about pungency of the oil and how the taste in the Bengali dishes is enhanced but the differentiator which brings about distinctiveness in both campaigns is the respective taglines; one talks about bringing tears the other talks about bringing out the Bengali in you.  Both brands seem to have got their respective positioning platforms right. Though I like both campaigns I personally think Nutrela’s ‘Jagaye Bangaliana!’ or ‘Brings out the Bengali in you!’ is more forceful, the manner in which the actor who plays the father-in-law is made to say ‘Jagaye Bangaliana!’ is impressive.
Posted by Aroop Bose at 10:38 AM