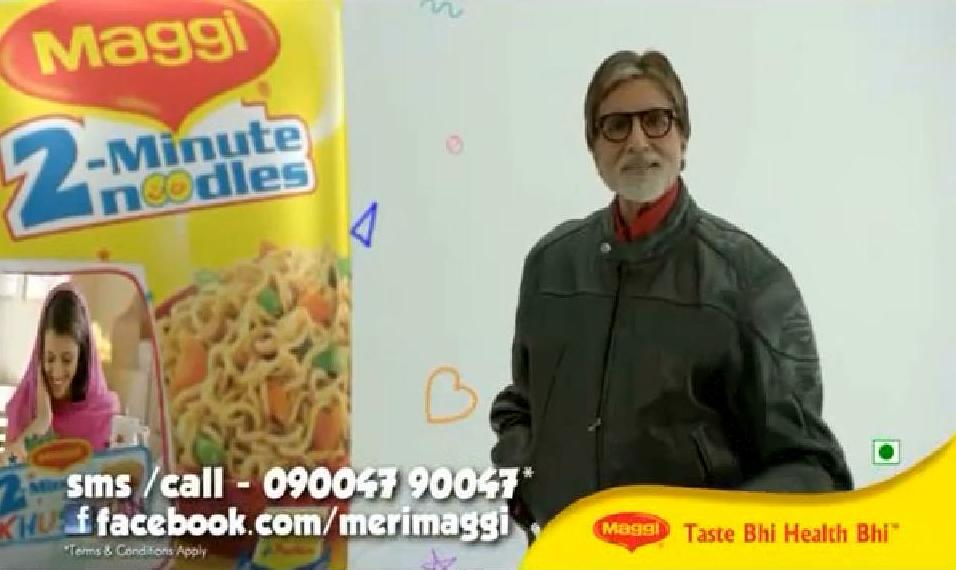 The Maggi Noodles campaign – “Me and Meri MAGGI 2- Minute Mein Khushiyan” featuring Amitabh Bachchan celebrates 25 years of Maggi Noodles in India. I have a few comments to make but before I do that let us briefly check out its history. I happened to witness the launch of Maggi 2 Minute Noodles (M2MN) at in Bombay and Calcutta a quarter century ago; it had created a sensation.

Noodles were not new to Indians when M2MN was launched, noodles were sold in the market but consumption was low, very few families consumed it and this category was a commodity; there were no big noodle brands back then. But M2MN brought about a new concept in noodle consumption in India, for the first time noodles could be prepared quickly and conveniently and the
taste was loved by all. An interesting feature was the ‘taste maker’ – a concept like this was unheard of at that time, this became the product differentiator and a competitive edge; people became aware that M2MN was different from other noodles – it was convenient and easy to prepare. Truly this was the first noodles brand in India. Initially it was targeted at small children as well as the mother who played an important role; children were the consumers and the mother the provider. At that time the product proposition was, “Fast to cook, good to eat”. The mother was shown as one who understands children’s needs and takes pleasure in preparing M2MN for her children and his/her friends in very little time – two minutes.

M2MN was accepted by consumers very quickly and it spread all over India like wild fire and became a household name. The price was affordable; if I remember right it was just Rs. 2 per pack when M2MN was introduced 25 years ago. In order to keep the excitement alive, over the years new variants of Maggi Noodles were introduced. The consumption was not just restricted to children alone; everyone regardless of age enjoyed it, this was reflected in the subsequent ads for Maggi Noodles. With consumers becoming more health conscious new Maggi Noodles variants such as Maggi Vegetable Atta Noodles and Maggi Vegetable Multigrainz Noodles were introduced; the proposition changed to “Taste bhi health bhi” later to this “Khushian bhi” was added, there was no need to say ‘fast to cook’ because consumers already knew about this. 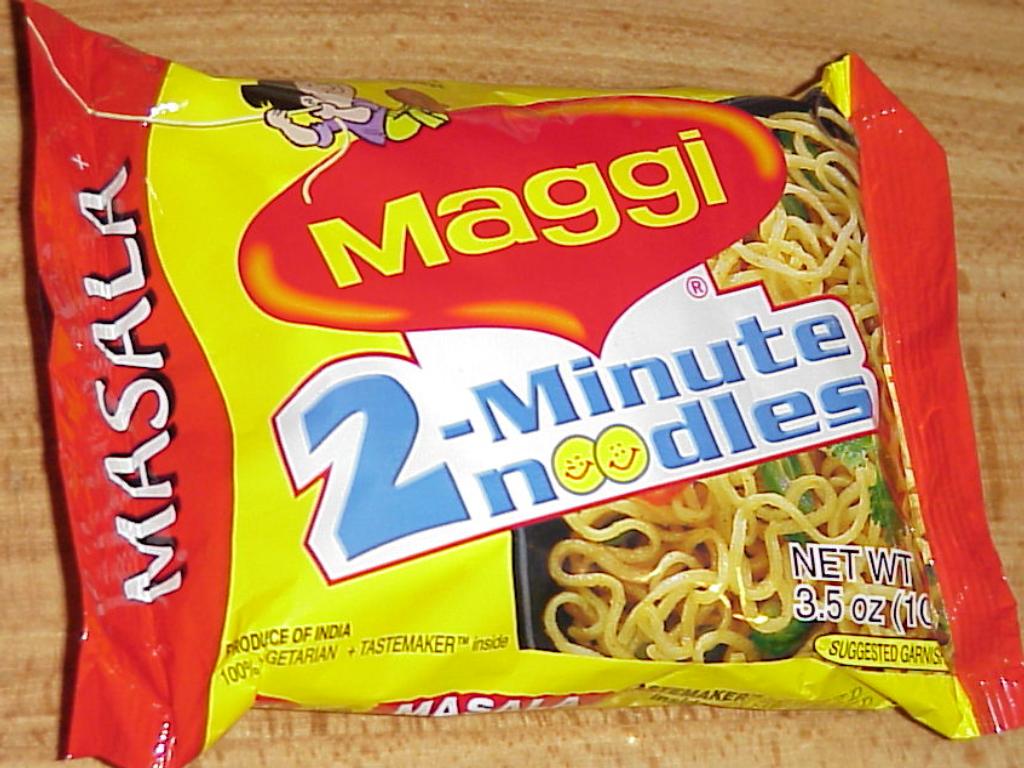 Consumers discovered new uses for M2MN that was probably not intended by the marketer; I will give two examples. On the way to Mussourie, a hill station in Northern India, I saw food outlets interestingly called Maggi Point, I am told that Maggi noodles is prepared and served to travellers here. The other example – I was once talking to a traveling salesman about what he and others like him ate when they visited remote towns in India, he told me that in some of the small towns in India eating out for dinner is a huge problem for a traveller. So the solution to the problem, as he said, was Maggi 2 Minute Noodles; he told me that he would buy a packet of M2MN and have it whenever there was a problem in buying cooked meals, the guest houses where he stayed were cooperative and they allowed him to prepare M2MN in their pantry. For him M2MN had become a necessity at times. This example illustrates the fact that M2MN is easily available everywhere even in small remote towns. 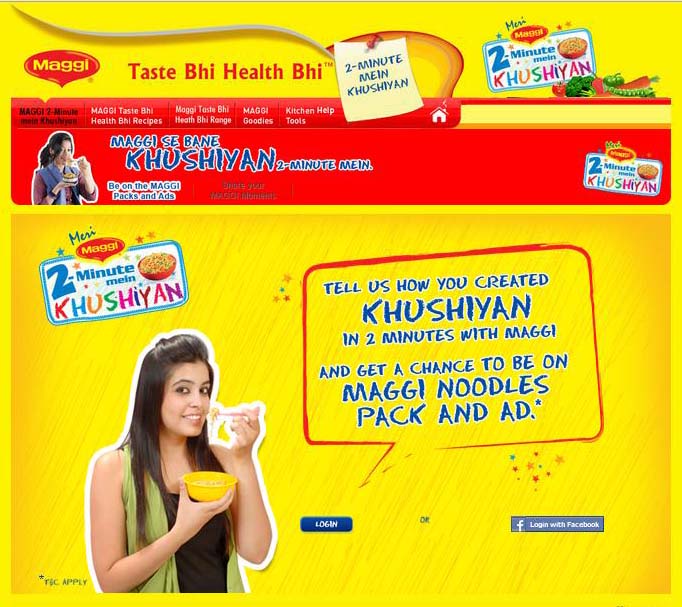 Just as the travelling salesman had a story to tell me as to how Maggi Noodles helped him with his dinners, there are several such stories connected to Maggi Noodles; the present campaign is about sharing happiness – “Me and Meri Maggi 2- Minute Mein Khushiyan”. This campaign featuring Amitabh Bachchan shows how Maggi Noodles has become a part of lives of various Indians belonging to different cultures, age groups and living in different parts of the country. In order to involve consumers of Maggi Noodles they were invited to share their stories connected to Maggi Noodles, to know more please read the article: Maggi: Spreading happiness in '2 minutes' which appeared in afaqs!. You could also watch: Me and Meri Maggi Case Study on YouTube. What I like about this campaign is that it engages and involves consumers, the communication does not just flow from the company to the consumer but works both ways, because consumers also share their stories. By sharing their stories they also influence other consumers, thus strengthening the brand and giving it a competitive edge. The campaign surely has an emotional appeal.


A question arose in my mind as to why was Amitabh Bachchan used in this campaign? It surprising that an aged actor like him has been chosen to endorse a product that has always been targeted 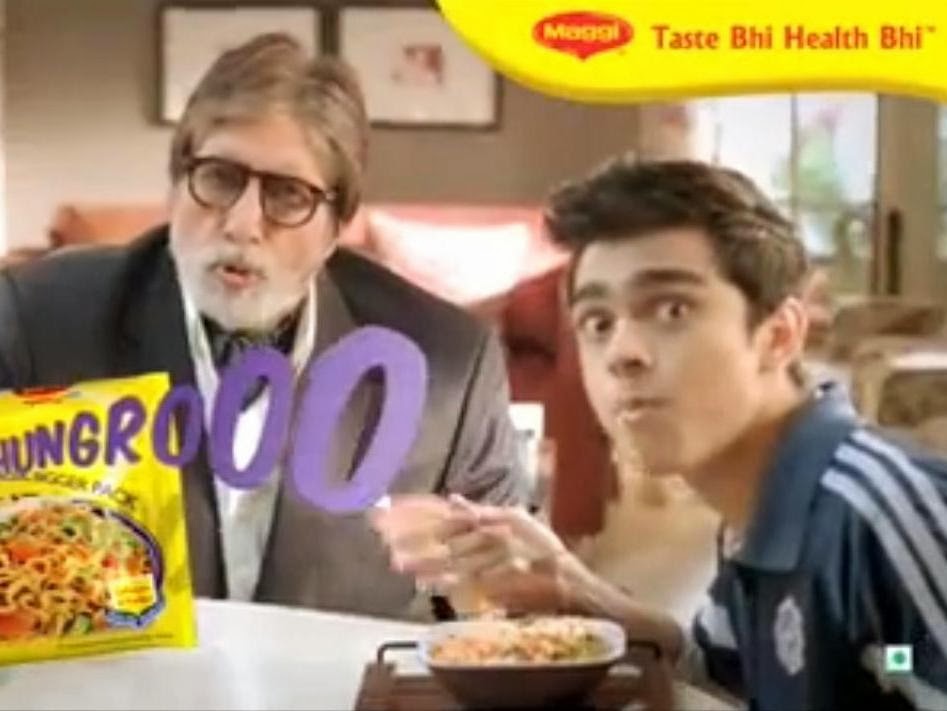 primarily at small children. The fact is that, in advertising circles, it is believed that Mr. Bachchan appeals to all Indians regardless of age, culture and geographical area. He has carried his role in this campaign superlatively well. But of all the ads in the campaign I particularly like the Hungroo ad, not only is the script is good but I loved the interaction between Bachchan and the young boy. The boy’s expressions were superb; he will surely grow up to be a fine actor. Watch this ad below:


For all TV ads in this campaign please visit: Meri MAGGI
Posted by Aroop Bose at 11:59 AM