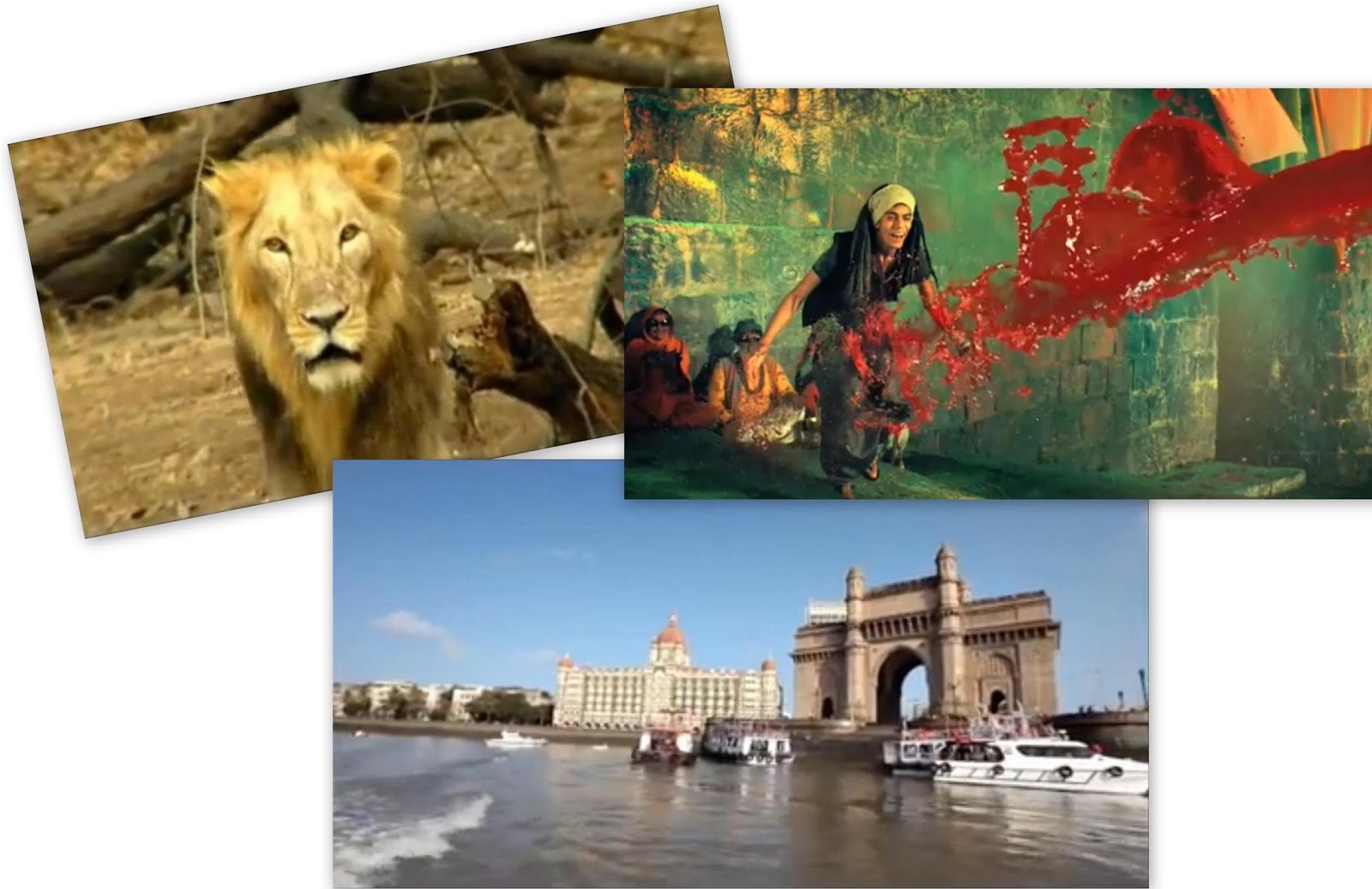 Among the state tourism ad campaigns, in the last one year or so, advertisements of Madhya Pradesh (MP), Kerala and Gujarat Tourism drew my attention; the Gujarat Tourism ad campaign has been on television for close to three years. I also see a Maharashtra Tourism ad now and then on television but it is not as impactful as the first three mentioned above. Actor Shah Rukh Khan was been roped in by the West Bengal government to do an ad for the state, but I have not seen this ad in any TV channel so far, not even in travel related programmes; I finally saw it on YouTube; I wonder in which channels can one see the West Bengal Tourism ad?

Before I begin commenting on these ad campaigns let us see as to why do people travel? Other than personal reasons, the other reasons or needs are:
sight-seeing, pilgrimage, professional work, healthcare, medical treatment, to attend events (like exhibitions, festivals, sports events, etc.), shopping, and study tours or just to unwind and relax or a combination of various needs. Like marketing any product or service, planning a tourism ad campaign should also involve the usual steps like identifying the target consumer, understanding his/her needs and wants and making an offer or proposition. A consumer may not be an individual; it could be a 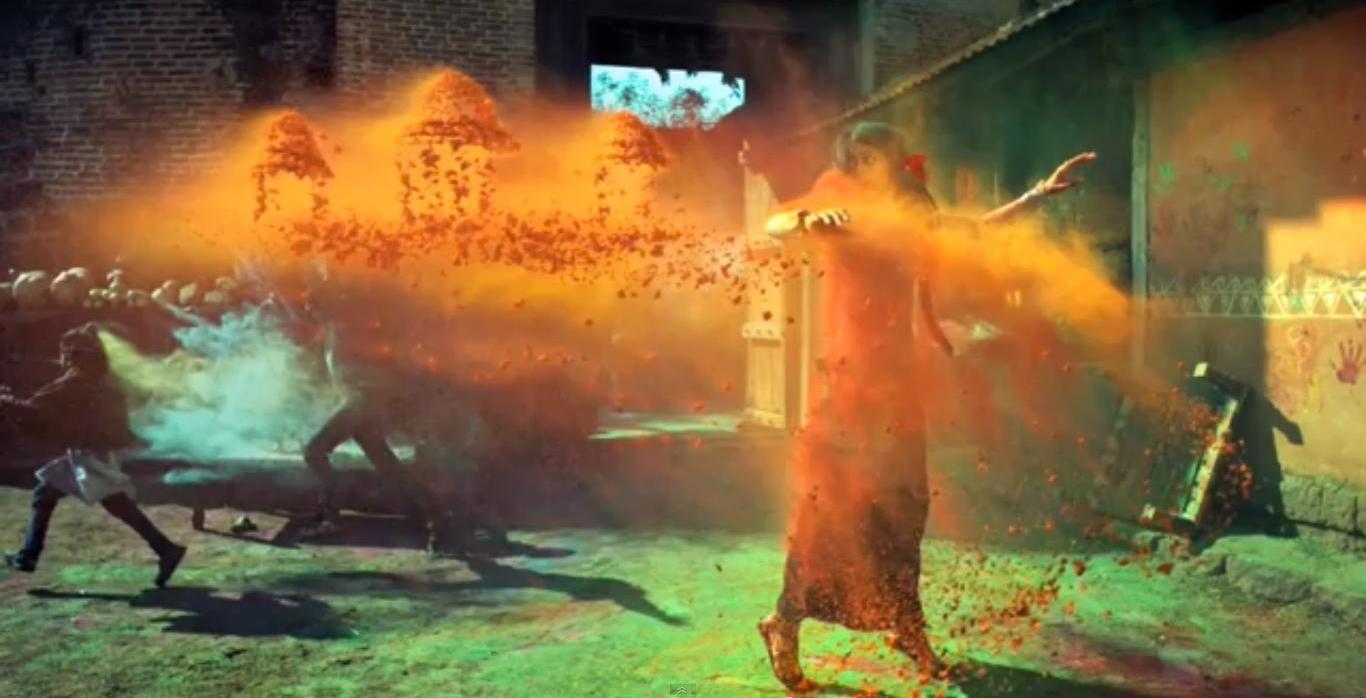 family or a corporate body. The proposition should clearly communicate as to what need would be fulfilled if he/she visits the place that is being advertised. Of course an advertisement should also be creative and attractive in terms of visuals and audio to attract attention of the potential traveller and create an urge in him/her to visit the place.

The present MP Tourism TV commercial (TVC) is quite interesting in terms of the creative imagery; the festival of Holi being the theme, attractive colours have been used to depict various places of tourist interest in the state. The ad has been beautifully visualized and executed flawlessly; I am sure that a lot of effort has gone into making this ad.  See the ad below:
The ad can draw and hold attention, the impression it creates is somewhat subliminal and not direct. In their earlier campaigns too MP Tourism had made use of creative imagery to engage the viewer. To see these ads on YouTube click here: (1) Shadows – Ajab Hai and (2) Dancing eyes –Hindustan Ka Dil Dekho. Another aspect of the current MP Tourism ad campaign is that its media presence in high and that makes a difference, you simply cannot miss it.

I did not notice any presence of Kerala Tourism on television in the recent past or at present but a year ago a press campaign – “Kerala Home of Ayurveda was launched” was launched. Two of the press ads are shown below side by side:

The visual element in these ads is actually made up of the natural produce of the state which is not only eye-catching but it also conveys in one look what the state has to offer to the tourist. To my mind it was a well executed ad campaign. Over the years ads of Kerala Tourism has singlemindedly worked towards establishing Kerala as a place that offers natural beauty and ayurvedic healthcare; the tagline “God’s own country” will remain in people’s minds for a long time to come.

The state of Maharashtra has a lot to offer tourists – forts, beautiful coastline, hill stations, historical and archeological sites, forests, places of pilgrimage…, I am sure you could add more to this list. However the currently running Maharashta Tourism TVC, featuring Shankar Mahadevan, does not do justice to what the state has to offer to tourists. I agree the visuals cover mostly everthing but the ad as a whole lacks convincing power, it is just a jingle with a numer of visuals which do not create the desired impact. I wondered that instead of trying to cover everything with one ad perhaps it would have been better to have separate ads each dealing with one particular aspect of what the state has to offer. See the ad below:

With some searching on YouTube I got what I wanted, Maharashtra Tourism Development Corporation (MTDC) does have a campaign, which is set of TVCs each dealing with an aspect of the state. This campaign was launched early this year according to what was uploaded on YouTube, but I have yet to see it on television. Now is this campaign impactful? My answer would be NO! Each of the ads are in two parts, it is the first part which is irritating and the second part is not impactful enough but is not bad either. I need not write any more, decide for yourselves, watch the embedded video below:

As for the West Bengal ad I have not quite understood as to who exactly the target audience is and what is the objective; is it to attract tourists or is it to attract investments by creating a favourable image of the state ? If you watch the TVC carefully you will see all kind of images -- places of tourist interest, culture, rural life, city life and so on. Which segment of people is this ad targeting? tourists or investors? I do not have an answer to this question. See the ad below:

The best of all tourism ad campaigns currently is that of Gujarat Tourism -- ‘Khusboo Gujarat Ki’. Traditionally Gujarat has not been a top-of-mind tourist destination like Rajasthan, Goa and Kerala, but this campaign featuring Amitabh Bachchan has been very successful and has resulted in increase tourist traffic. I will not credit the success of this ad campaign only because Amitabh Bachchan is the brand ambassador but because of a combination of factors. 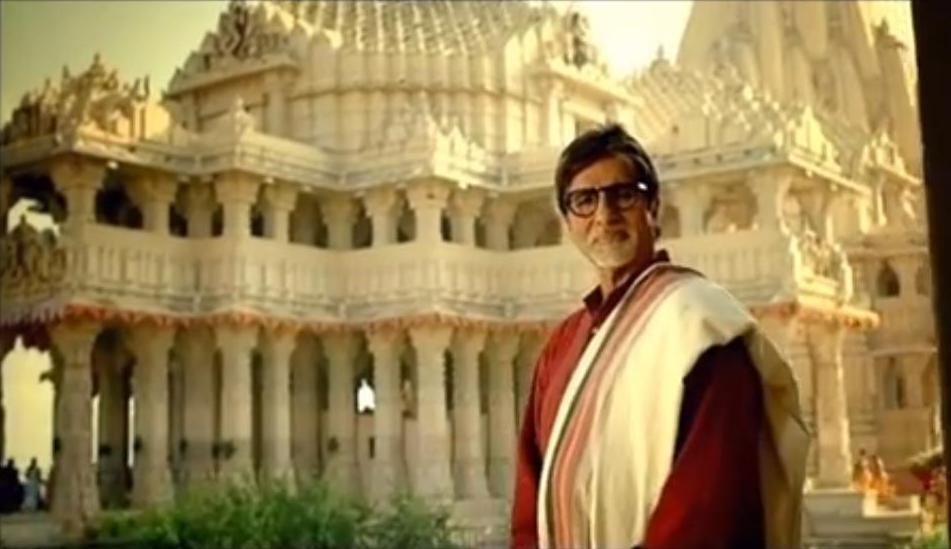 The entire campaign has been conceived and planned very well, scripted well, executed well and Bachchan played his role very well. The production quality of the TVCs is very high and Bachchan is the brand ambassador in the true sense of the term and not just a celebrity model. Each of the ads is direct, there is no ‘creative handle’ and no metaphors or symbols have been used. The entire campaign has a warm and welcoming feel. Gujarat Tourism Corporation Limited has spent Rs. 71.62 crore in the last two years on this campaign; I would say the money was well spent. Another interesting thing I learnt is that Amitabh Bachchan did not charge any fee, for more click here: 'Khusbhoo Gujarat Ki'costs Gujarat govt Rs 71 crore.
To watch all the ads in the campaign below: