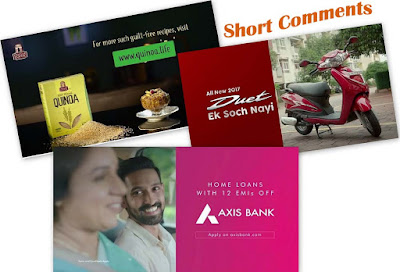 In this post and the next two I will be making short comments on selected ads which have appeared on television in the last one or two years. In this post I will comment on the India Gate Quinoa ad campaign, Hero Duet ad and Axis Home Loans ‘12 EMIs off’ ad; so read on. 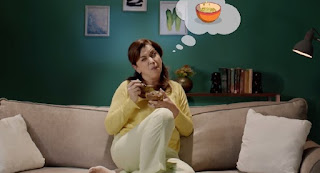 The TV ad campaign attempts to introduce quinoa to the Indian consumers as a healthy alternative to what is being consumed now. The message is quite simple – Enjoy the dishes you want, as much you want, but just replace the main ingredient
with India Gate quinoa to make it healthy, so you can ‘indulge guilt-free’. The campaign comprises three TV commercials (TVC) namely – Kabab, Burger and Halwa. I am not going to describe the TVCs, you might have seen them, if not please see the three embedded videos below. If for some reason the videos don’t play the links have been provided:
Halwa https://youtu.be/62F7sFIusP0

I do not see how you could replace the main ingredients in your dish with quinoa. For example, in case of kababs, quinoa cannot be compared with chicken or lamb. They are different things, they cannot replace each other; the flavours and textures will surely differ. Kababs made from quinoa will not replace meat; it can perhaps become another variant of kababs, if at all. Same applies to burgers. So I doubt if these ads will achieve the desired objective of making people replace existing ingredients by quinoa.


The ‘Halwa’ ad of the India Gate Quinoa ad campaign is totally misleading and should not have been aired in the first place. A halwa dish is fattening and unhealthy because of the sugar in it and not because of the main ingredient; for example Gajar ka halwa eaten in excess quantities may be fattening and that is because of the sugar content and not because of the gajar or carrots which are not fattening. India Gate wants us to believe that by simply replacing the traditional ingredients by quinoa the halwa becomes fat-free, and so you can freely eat as much as you want. Nothing can be further from the truth because when you use quinoa to make halwa you will also need to add sugar, you cannot cook halwa without sugar. So even halwa made from India Gate quinoa will add to your waistline, the ad nowhere says that when you make halwa using quinoa you do not need add sugar. The ad is totally misleading and I wonder how it escaped the notice of Advertising Standards Council of India. 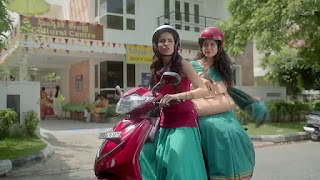 This ad was released in 2017, although there is nothing mind blowing about this ad yet I found the concept very interesting. In a competitive market the lines of difference between benefits offered by different brands get blurred because the product features are essentially the same no matter who manufactures it. So how you say it in your ad is as important as what you say about your product. The basic message being conveyed in this ad, to my mind, is that Hero Duet offers a comfortable ride even if two people are riding. Car pools are pretty common, but scooter pool is not. By promoting scooter pool which can help in reducing money spent on fuel and reducing clutter on the roads, Hero Duet has tried to draw attention towards itself as a company that cares. The ad has been embedded below, if you are unable to watch it for some reason here is the link - https://youtu.be/VKvmVPVyQd8 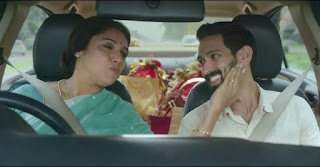 The profile of the target audience (TA) in this ad can be described as an educated young man, doing well in his career and is ready for marriage; this is the market segment the ad is targeting. It reminds the TA about the importance of anticipating changing needs which can impact lives. Marriage is one such event which brings in new responsibilities and new needs. The ad goes on to explain how Axis Home Loan can lend a helping hand by offering ‘12 EMIs off’. The ad has handled emotions pretty well, I think the relationship between the mother who is experienced and has seen life and the son who is beginning a new chapter in his life has been shown very well. If the ad was a straight forward announcement of the ’12 EMIs off’ scheme by Axis Bank it would not have been so engaging and impactful; a simple story with emotions make all the difference.
The actors acted well, so was the direction.
If for some reason you are unable to view the embedded video, here is the link https://youtu.be/fuDiZe2uM8I