What are they trying to say? Google Pixel 3 and Liva

People, companies, government and various organizations advertise to communicate ideas, messages or information to the public in general or to a select target audience. Common sense tells us that there should be clarity in the communication so that the people seeing the advertisement understand it, comprehend it and the communication should have its desired effect. Simplicity in communication is also very important, especially, so that the message is not diluted by other distractions such as a celebrity model.
In a competitive market place what happens is, the client company along with its advertising agency will try to see that their ads stand out in the clutter and grab attention of the prospective consumers, therefore the creative team in the ad agency work hard to give the ad campaign some kind of distinctiveness. So, you have attention grabbing headlines and visuals in press ads and outdoor; in case of TV commercials a bit of drama and imagery is often added to engage with the target audience. However, I find that sometimes ad agencies get so involved with
their creative inputs that they lose sight of the fact that the communication has to be clear and simple. The matter gets further complicated when a well-known celebrity is the model or brand ambassador, in this case the persona of the celebrity takes centre stage driving the communication to a different direction. When I see some ads I keep wondering as to what exactly are they trying to say? To illustrate my point I will be discussing two ad campaigns, both of them featuring film celebrities: Google Pixel 3 (Rahul Dravid) and Liva (featuring Kangana Ranaut). 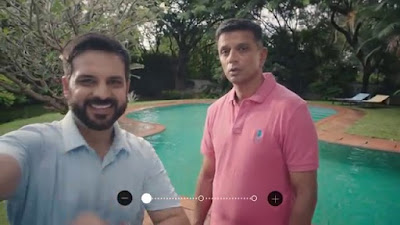 This is a four ad TV campaign, each ad explain a unique benefit offered by Google Pixel 3 app. All four ads show a young man explaining a feature to Rahul Dravid. Here are the links to the ads:


With Google’s financial muscle the ads appeared repeatedly across several TV channels, I am sure the campaign has got the company the results they were looking for. But to my mind it would have yielded better results if the communication was more direct rather than making it roundabout. Dravid is supposed to be the ‘brand ambassador' but his role is rather passive, that is, just listening to the other person and passing a comment. There was an attempt to have some humour but it just did not work. 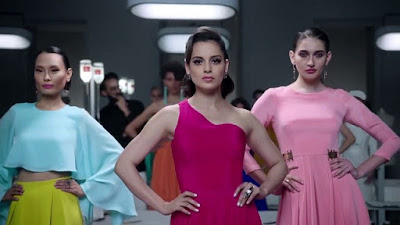 I feel that the Liva ad does not exactly communicate whatever it is supposed to communicate. The various images you get to see in the ad are: (1) Some people injecting something called Liva Fluid Fabric into clothes, (2) as a result the clothes seem to come alive (3) a fashion show is in progress, and the main model is film actress Kangana Ranaut, (4) and finally at the end we see a graphic saying Liva Fluid Fashion. As for the accompanying sound we hear music in the first half of the ad; this is followed by a jingle where one is not able to understand the lyrics, at the end there is a voice-over saying – “Fabrics never felt so fluid, Liva! Natural fluid fashion”.

When you watch the Liva ad, what do you understand immediately after seeing it? Well when I first watched this ad the impression I got was that Liva was fashion brand because it says ‘Natural Fluid Fashion’ and also it showed a fashion show. I later learnt that I was mistaken, or was I really mistaken? Because that was exactly the impression created by the ad. What I later learnt was a different story altogether. At the Times Litfest 2018 Mumbai, I happened to visit the Liva stall (Liva was one of the sponsors of the event) and it is there that I learnt that Liva is not a clothing or a fashion brand but a fabric brand. It is sold to several well-known ready-made garments manufacturers; every piece of clothing made from Liva fabric carries a ‘Liva’ tag which a buyer is supposed to look for because it is supposed to indicate quality and care for the environment. I was told that Liva fabrics are manufactured using environment friendly methods. I did some more research and learnt that the brand is supposed to be promising ‘fluidity’. 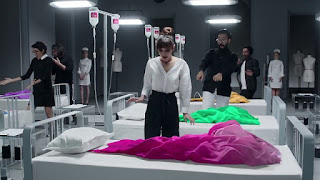 The ad does not at all explain what this ‘fluidity’ supposed to mean in this context, though an attempt has been made to show it visually showing something being injected into the garments to give it ‘fluidity’, but this does not register because no one is explaining it clearly; it could very well be interpreted differently. The visuals simply do not convey the message, and there is no audio explaining what the advertisers wish to convey. The ad does not even advise the potential buyer that he/she should look for the Liva tag which is an assurance of quality and ‘fluidity’, so how does a consumer like you and I know that we have to look for the Liva tag.

The Liva ad, to my mind, focuses too much on the celebrity model just like the Google Pixel 3 ad campaign and is not able to communicate the right message. Celebrities are used in campaigns when the advertisers is not able to convey any distinctive product benefit in a highly competitive category. But in the Liva ad there was something interesting to talk about so why keep silent? To my mind some consumer education is needed in the Liva ad campaign to make it more effective. Firstly the concept of fluid fabric should be explained properly and secondly the consumer should be told to look for the Liva tag, just showing the Liva tag is less effective. I am sure the Liva ad campaign has been effective but I feel it would have been more effective if both show and tell elements in the campaign.

You can view the embedded below or watch it on YouTube by clicking this link: https://youtu.be/3_Nwxj71-Xw