My co-blogger this time gives her observations on simple but effective advertising, made even better by good acting. Read on.

Simple Advertising with Good Acting
By Shilpi Bose
Talk to any advertiser or marketer they will inevitably talk about cutting through the clutter and grabbing the attention of the target audience. In order to achieve this goal, advertisers take various routes to grab eyeballs. Personally what works for me as a viewer is simple straight forward advertising coupled with some real good acting and which communicates the message unambiguously.
Here is my pick of some recent ad films that drive home the message without beating around the bush, with simplicity, good acting and what’s most important not using a celebrity. 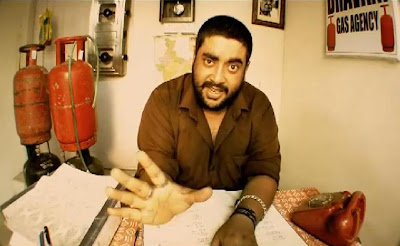 What I liked about this ad is its simplicity, there is just this one character
with those typical mannerisms – notice the way he gestures with his hands- and that underlining hint of scorn when he says, “Line dekha, hai… Pan card hai...” Here apart from the really good script, the actor also does a superb job of getting into character. I also found the dialogue delivery excellent, the accent was bang on, I do not know whether it is the actor’s voice or that of a dubbing artiste, whoever is responsible deserves a pat on the back for the excellent job. Another point to be noted here is that the production values are obviously low in this commercial, but that in no way hinders the effectiveness of the commercial on the contrary, in my opinion, the commercial’s impact is further enhanced.

Next on my list is the Aquasure Kitanu Magnet commercial. 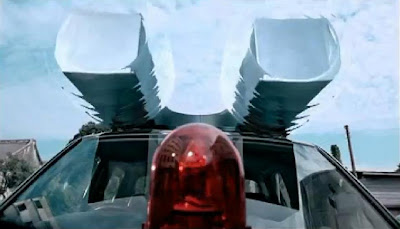 Once again you see a fairly simple script driving home the message with the help of a magnet. The magnet serves as an effective visual mnemonic and also helps to explain the product’s USP in an uncomplicated manner.

The message of fuel efficiency is delivered in a rather interesting manner. Unlike the commercials featured above, in this campaign the films do not come directly to the point but the script takes a circuitous route in all the commercials; despite the circuitous route  all the ads in this campaign  successfully communicate the  message of fuel efficiency. On the face of it, I felt that the campaign had tremendous recall value and this was confirmed by Siddarth Vinayak Patankar, NDTV’s Auto Editor and anchor of the channel’s Car and Bike Show. In a recent episode of All About Ads (NDTV Profit) in which anchor Shruti Verma Singh and Siddharth were discussing the auto industry, Siddharth pointed out that the tagline ‘Kitna Deti Hai’ had caught on; he said that he receives several queries on his show relating to cars and bikes and instead of asking him ‘What is the mileage?’, viewers tend to say ‘Kitna Deti Hai?’.

There are four ads in this campaign but my favourite is the Kitna Deti Hai -Juno campaign.

What I like about this one is the effortless acting by Sanjay Lafont, the actor who plays the NASA scientist. There is a hint of academic snobbery in the way he describes the Juno, almost as if he were thinking ‘Do these people even understand what I am explaining?’ Notice the way he turns away soon after asking, “Any questions?” without waiting for anyone to ask him a question and at this point he is stumped by this gentleman asking him in a matter of fact tone, “Kitna deti hai?”. Note the way Sanjay Lafont cocks his head in surprise; I quite liked that look on his face. 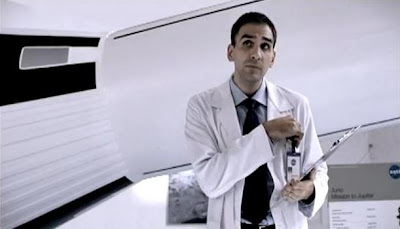 It’s a pity that although there are several awards for advertising, there are no awards for good acting in ad films; it may not be that obvious but good acting as I have already pointed out in my earlier posts (Good Acting Makes Good Ads and Celebrity Non-Actorsand Non-Celebrity Actors) helps a great deal in attracting the attention of the target audience.
Posted by Shilpi Bose at 8:21 PM