In the post below my co-blogger Shilpi Bose makes her observations on acting by models in three TV commercials which were released in the year 2011.
Aroop Bose

When films are discussed or reviewed, the review or discussion focuses on the story, script, direction other technical aspects and above all the performances of the actors. However when ad films are discussed, what do you hear? Is the ad cutting through the clutter? Has it managed to grab the attention of the target audience? What was the advertiser’s message? Nothing wrong with this after all the whole purpose of an ad is to grab
attention, but I have very seldom seen anyone drawing attention to the performance of the actors in an ad film. I think that is pity for good acting helps grab the audience attention.  Sometime back I had done this post -- Celebrity Non-Actors and Non-Celebrity Actors which focused on good acting. Now once again I would like to highlight some more ads where the acting riveted my attention.
Flipkart.com
Take the Flipkart.com campaign; initially I was confused and wondered why kids? And why have their voices been dubbed by adults? I still do not understand the logic, but it does not matter for the excellent acting by the kids, particularly their expression has made me sit up and take notice. It is true, here the director deserves credit for extracting such performances from the children. 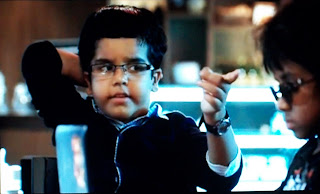 Take a look at this film, I like the way the kid gestures with his hand very much like an adult while saying,  “That’s a classic” and note the expression on the child’s face in the other film when he says,  “Old school”, there is almost a look of despair. 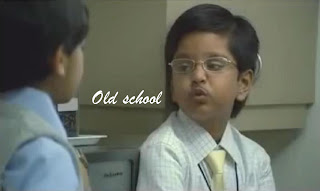 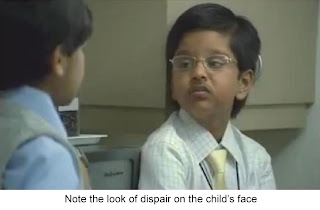 Lavie Handbags
When I first saw the film I wasn’t paying attention for I am one of those who has had enough of celebrity ads. My reaction was-- Oh, another ad featuring Kareena Kapoor and therefore for the life of me I could not remember the name of these bags, I would say some bag with name beginning with the letter ‘L’. Then one day I was gazing idly at the TV screen when this ad flashed and my attention was drawn to the expressions on the face of Kareena’s co-actor and I found myself watching the entire ad film and yes now I remember the name of the bag, not that it makes any difference I cannot afford to buy it. It is a pity, I tried find out the actor’s name and drew a blank.

Policybazaar.com
While I was captivated by the facial expressions of the actors in the ad films I have mentioned above, in the Policybazaar.com ad it is the expression in the voice of the artist who does the voice-over that drew my attention, particularly in the way he says in an almost matter of a fact way, “Ab ullu banna koi achchi baat toh hai nahi”. 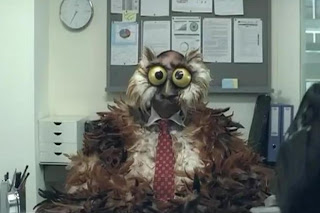 Now I am hooked, I am going to watch out for more such films.
Posted by Shilpi Bose at 8:32 PM