Let me introduce Shilpi Bose my co-blogger. Shilpi had contributed to this blog earlier; in this post she shares her experiences, hence the title ‘Looking Back’.
Aroop Bose

...
Let The Magic Begin!
When I started out as a journalist nearly two decades ago, the economy was just opening up and the advertising industry was growing. Simple advertising was giving way to big budget innovative advertising and for me it was interesting to be part of this significant period in Indian advertising. 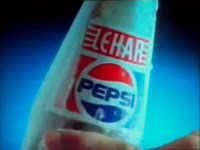 When I look back what immediately comes to my mind is the ‘dhamakedar’ launch of Pepsi in India. I have no choice but to use the Hindi word ‘dhamakedar’ to describe the launch for I cannot think of an equivalent word in English; there was lot of fanfare with a teaser commercial et al.

Pepsi came to India when Thums Up was ruling the roost followed by Thril and Campa Cola. The Indian cola brands came on the scene after Coca Cola was forced to exit due to some government policies. Interestingly however, when the economy opened up it was not Coca Cola but Pepsi which first entered the country. The commercial which announced the launch of Lehar Pepsi was a teaser and had the tag line ‘Are you ready for the magic’. Soon the suspense cleared and we saw Juhi Chawla dancing to Remo Fernandes’s tune. Click here to view the commercial.

The commercial was directed by Vidhu Vinod Chopra; I had read somewhere that the company wanted Madhuri Dixit but she was bound by some contract with Subhash Ghai and was unable to take up the offer. My favourite moment in the commercial is when Remo says “Open up Open up”. The kind of emotion this ad evokes is apparent in the comments I saw on YouTube below this commercial. One person for instance recalls rather nostalgically how he/she (not too sure about the person’s gender) rushed home to see the commercial when it was first aired.
If you listen closely you will hear the strains of the flute in the commercial. Remo played the flute well not actually the flute; he used the synthesizer to get the sound of the flute. How do I know this? Well, I had the opportunity of covering the shoot of the second commercial featuring Penny Vaz along with Remo. This one was directed by the late Mukul Anand. Both Remo and Mukul were thorough gentlemen totally in love with their jobs. The venue of the shoot was RK Studios and as I chatted with Remo I got some insights about the launch commercial. Penny Vaz was a young upcoming singing talent; her mother who was present on the sets told me that she had always encouraged Penny to take part in singing competitions and this was how she caught Louis Bank’s eye and found her way into the world of advertising jingles. While Penny both sang the jingle and starred in the commercial I have no clue whether she sang any more jingles. She did have a good voice and went on to release an album but soon disappeared from the limelight. Before doing this post I decided to do a Google search on Penny and I found her comment on this blog.
While watching the commercial again I noticed that the group dancers had the same figure and height and that reminded me of what Mukul told me, he said “I wanted Shiamak Davar to do the choreography for how would I get girls of the same height and figure”. Click here to view commercial. 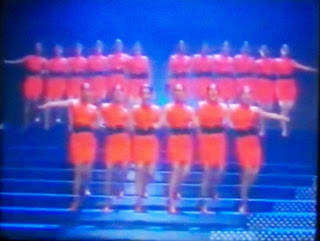 Personally I do not much care for colas but I cannot deny that the ‘A-ha!’ bit which followed the punch line ‘Yehi Hai Right Choice Baby’ evoked my curiosity, sad or should I say aah I miss the ‘A-ha!’ in the Pepsi commercials.
Posted by Shilpi Bose at 1:32 PM