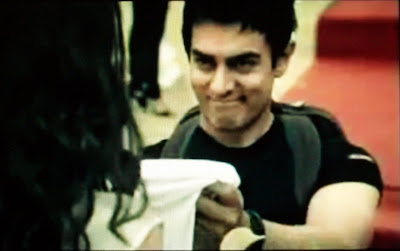 The word ‘chips’ normally conjure up an image of potato wafers-------- which is fried food, junk food, unhealthy food. The health conscious consumer tends to resist temptation and prefers to keep away from such products. Besides, the market is flooded with these products; obviously the competition in this segment is quite stiff. By taking the health route in its commercial, Parle Monaco manages to draw attention and entices the consumer to try out the product.

Well I do not know about anybody else but the message that the chips are “Not Fried” but baked definitely appealed to me and I went right ahead and purchased a pack. At the back of the pack there is a nutrition chart comparing regular chips with Smart Chips which further reinforces the commercial’s health claim. After opening it I realized it was essentially a biscuit------- a different version of the Parle Monaco biscuit. The ingredients do mention potato flour, not surprisingly therefore; the taste is a cross between a biscuit and potato wafer.
A point to be noted here -- I do not much care for biscuits. Had the word biscuit featured on the pack or the commercial, I would not have bothered to try it. The combination of the words ‘chips’ and ‘baked’ evoked my interest.
A Smart and Intelligent Move Parle! Have they the succeeded in the market? I have no idea but they have definitely managed to convert this ‘non biscuit eater’.
Posted by Shilpi Bose at 5:08 PM