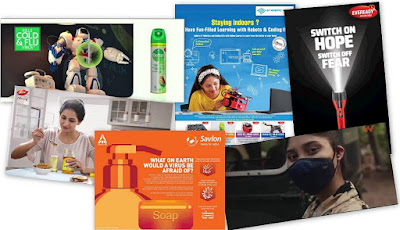 The pandemic has brought a drastic change in our behaviour in ways we could never imagine. We are witnessing changes in the way we communicate with others, interact, consume, think, use our time, educate and buy things. When making purchase decisions we can clearly see that our priorities have changed; for example, for ladies wearing lipstick has become unnecessary because one needs to wear a mask when stepping outside of the house. During the lockdown we spend most of our time at home, so we may not need to buy clothes for going to office or for social engagements; we can make do with what we already have. We have
suddenly become more health and safety conscious than usual; so we buy more of sanitizers, disinfectants, and products which are supposed to boost our immunity and hopefully keep us safe. With this major change in our lives we can also see a corresponding change in advertising as a whole and the messages or information conveyed through advertising.
Tourism & Hospitality industry takes a hit
When the novel corona virus or Covid-19 was first reported in the media no one in India expected it to grow so rapidly and for an indefinite period; it was therefore not taken very seriously at that time. Life went on as usual till sometime in March 2020. Travel agencies, for example, advertised their holiday packages for the summer season as they did before. Here are some press advertisements of foreign holiday packages which were released during this period:
Airlines did the same; even for the hotel industry, life went on as usual. I remember the Trivago (Rahul and Rohan) TV commercial appearing across channels sometime till March 2020. Madhya Pradesh Tourism also advertised very heavily during February and March 2020. The virus was simply not taken so seriously. As the virus began to spread alarmingly in Europe, Italy imposed a lockdown. The world began to see new travel restrictions or safeguards being imposed at airports which hitherto did not exist. It was then that the tourism industry in India realized that going abroad on a holiday was not an option anymore; it was not safe to go abroad. Travel agents then switched attention to domestic tourism and we began seeing ads which promoted holiday destinations within India. 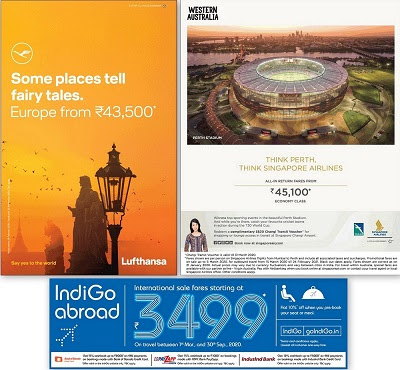 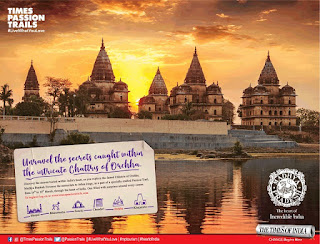 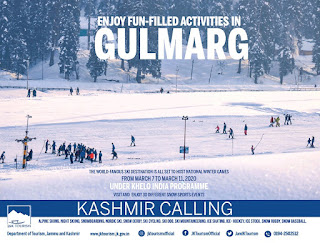 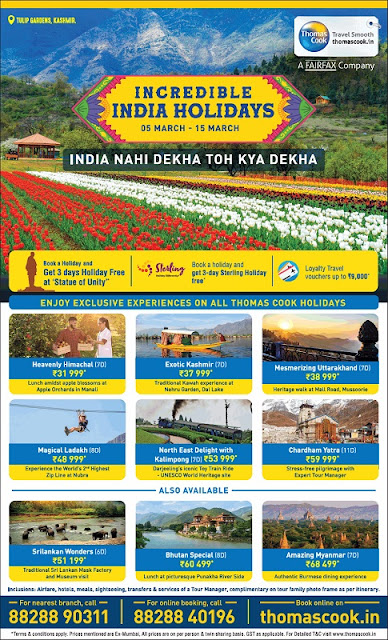 The idea of pushing domestic tourism also did not work, people arriving from abroad brought the virus with them; soon a lockdown was imposed in India and ads promoting domestic tourism also stopped abruptly. Thus started a terrible time of tourism and hospitality industry. Travelling anywhere for whatever reason, holiday or otherwise, eating out, going for movies, or for that matter any kind of outdoor activity was curbed. Advertising expenditure nosedived, we began to see significant changes happening around us and priorities were no longer the same, a new way of life began to emerge.
The pandemic – A great opportunity for some
Emphasis was and still is on safety, hygiene, taking precautions and staying healthy; for some players this situation was an opportunity but for others, they had to innovate. Suddenly we began to see a spurt in ads like those of sanitizers, disinfectants and immunity and health boosters; some were brands already well-known and others were new trying to take advantage of the situation.

New corona virus specific ads were made for old and established brands; Savlon Swasth India, Lizol and Lifebuoy are examples: 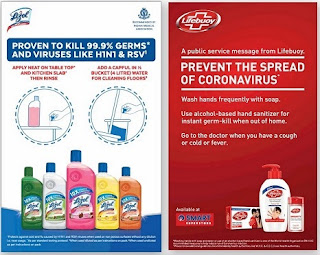 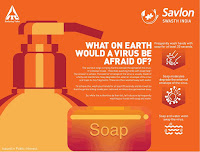 Both Dettol and Savlon have launched disinfectant sprays in India which is in direct response to the pandemic. So far press ads have been released for both brands and Dettol also has a TV commercial but I have yet to see a TV commercial for Savlon Disinfectant Spray: 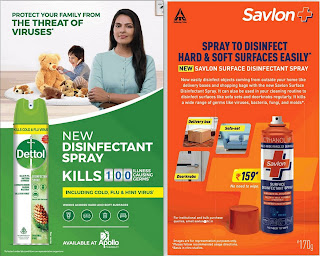 If for some reason you are unable to view the above embedded video you could see the same on YouTube by clicking this link: https://www.youtube.com/watch?v=GbHj4gFUXRc
Since the virus does not have any vaccine so far, immunity boosters have become very important. Not only have people become more aware these days, one can also see several articles in the press telling us how important immunity boosters are. Quite a few advertisers are also telling us what kind of important role their products play in boosting one’s immunity, many of them however do not refer to the pandemic in particular. 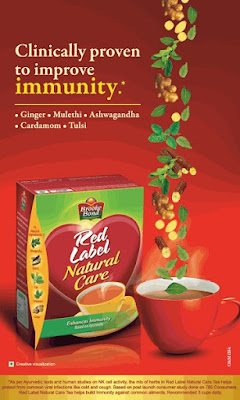 If for some reason you are unable to view the above embedded video you could see the same on YouTube by clicking this link: https://www.youtube.com/watch?v=6FIViDPCVBI

If for some reason you are unable to view the above embedded video you could see the same on YouTube by clicking this link: https://www.youtube.com/watch?v=4k_W254CJh4
In June 2020 Amul also launched Tulsi and Ginger Doodh (milk) which they claim can boost immunity, I do not know if they have started any advertising campaign for these as yet, there is a video on YouTube of Amul Managing Director Mr R.S. Sodhi talking about the launch, here is the link: https://youtu.be/vbkF8l_qyG4
During the lockdown SP Robotic Works, a company in the area of edutainment released a series of press ads promoting their products; it was a clever move considering the fact that they target children and this was an excellent opportunity to get their attention during the lockdown when people could not go out. 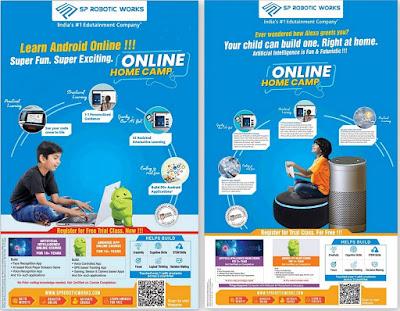 During the pandemic apart from sanitizers and disinfectants the mask became an important part of one’s attire. Apart from big time international fashion designers getting to the mask business, quite a number of companies all over the world who were in unrelated industries got into the business of producing masks, one being Lamborghini which is producing surgical masks and medical shields. Wildcraft, a company in the clothing, footwear and rainwear business have added masks to product range; here is a TV commercial ‘Hain Taiyaar Hum” for Wildcraft Supermask:
If for some reason you are unable to watch this video you could watch the same on YouTube, here is the link https://www.youtube.com/watch?v=dolDnSzIZbQ.
I quite like the visuals in this ad but do not like the jingle, it could have been better. As long as the Covid-19 threat remain masks will serve an important purpose and be a fashion accessory for some.
During the lockdown PM Narendra Modi appealed to the people of India to switch off all lights at 9.00pm for 9 minutes on April 5, 2020 and stand in balconies or windows holding lit up torches, diyas or mobile phones; now this was an opportunity for Eveready Industries India Ltd. to place a full page ad in the newspaper. 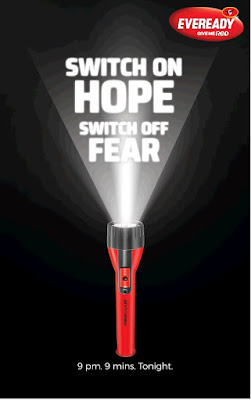 A lot has happened in the advertising scene ever since the pandemic was declared, I am trying to cover as much I can in this blog but I would like to pause here and continue in the next post: Pandemic – A New Way of Life Part 2.